By Michael Fried
Scared of getting ripped off? Don't want to waste your money? Confused by all the choices? Contact us.
James Allen is currently running a 1 week 25% off sale on all engagement rings! This a great chance to save on Valentine’s Day purchases.
Blue Nile is one of our favorite vendors and they have generously offered our readers an exclusive one-time use coupon. (Click Here to save $100 off orders of $1000 or more)

We get commissions for purchases made from our affiliates through links in this article. Learn More.

What Is The Birthstone For January?

The birthstone for January birthdays is Garnet. Garnets are stunning gemstones that can be placed in pendants, earrings, rings, and more. The color for January’s birthstone is red, ranging from soft hues to vibrant tones. While garnets come in a variety of colors, red is recognized as the January birthstone.

The meaning of the garnet birthstone is power. Garnet symbolizes good fortune and strength to those who wear it.

Over the centuries, garnets have adorned jewelry and battle garb throughout the world. Referred to as the “Gem of Faith,” garnets are thought to bring good fortune to those who do good while wearing the stone, and bad fortune to those who do bad. Ancient Egyptians saw the garnet as a symbol of life, and Romans held them in high regard—using them as signet rings—during the 3rd and 4th centuries. In Victorian times, royals adorned themselves with small garnets, forming large statement pieces.

Among other qualities, garnets are believed to ward off nightmares, protect travelers, help foster positive relationships, and bring truth and peace to those who surround themselves with the stone.

The color of the garnet birthstone is red, ranging from soft red tones to rich, vibrant hues. Made of silicate minerals, garnet is available in a range of colors—though red garnet is most popular and is recognized as January’s birthstone.

The garnet gemstone comes rightly by its name. Stemming from the Latin word for seed, “granatum”, the stone resembles the lush red color of pomegranate seeds. In the 14th century, the word “gernet” meant dark red, which appropriately describes the garnet’s rich appearance.

The January birthstone ranks a 6.5 to 7.5 on the Mohs scale of hardness, which is still durable but not as tough as other stones. For everyday wear, consider a pendant or set of earrings, while a ring and a bracelet can be worn for special occasions and festivities. If well taken care of, garnets can last for many generations. Jewelry pieces adorned with garnets have even lasted from the Bronze Age (3000-2400 B.C.) to present day.

Since the most common variety of garnet happens to come in a deep red color, many may mistake the January birthstone for a ruby. Rubies, however, are much more valuable than garnets but there are a couple of ways you can tell them apart.

You will first want to examine the color of the gemstone when it is held against a light source. If you see a reflection of yellow and green, then the gemstone you are examining is most likely going to be a garnet. However, if you see reflections of blue and red, then it’s likely a ruby.

You can also examine the refraction of the gemstone. Ruby is a double refractive gemstone while garnet is only a single refractive.

Garnets are more durable than some gemstones such as turquoise or opal, but less durable than diamonds. To clean your January birthstone jewelry, all you need to do is gently wipe the jewelry down with warm soapy water. As with other gemstones, steam cleaning is not recommended. Allow your garnet jewelry to dry completely before storing it in a soft cloth or padded container.

Where Is Garnet Found?

Records indicate that garnet was initially discovered as far back as 3100 B.C.—most likely in Egypt. In the 16th century, large red garnet deposits were uncovered in Central Europe. Garnet deposit sites are now prevalent in places like the Czech Republic, Greece, Madagascar, Tanzania, Russia, India, Sri Lanka and the United States.

Different than other stones that are mined underground, garnets can often be found above ground near water sources, where the metamorphic rocks they once inhabited have weathered away.

When shopping around for January birthstone jewelry, you’ll quickly discover that Almandine is the most common garnet gemstone available. It has a deep red color and can come in a variety of sizes with a range of differently colored hues. This particular gemstone is between a 7 and 7.5 on the hardness scale.

Another sought-after garnet gemstone is the Andradite because of its light dispersion that far exceeds that of a diamond.

Demantoid is one of the most valuable garnet varieties and has brilliant green hues because of its chromium content. It also showcases high light dispersion that some people love. If there happens to be even the slightest hint of a yellow hue, however, the value of the garnet begins to lower.

You should also keep in mind that these are just a few of the most common garnet varieties and several others can be used to make birthstone jewelry. When most people think of a garnet, their mind will typically wander to the gemstone with a very ruby-like appearance.

When you begin to evaluate a garnet, first note the color of the gemstone because it is the most important factor that determines its value and beauty. Garnets that are redder and more vivid in color are valued much higher than other varieties.

These January birthstones will come in standard shapes and cuts which make them the perfect gemstone for jewelry pieces.

Kick off the year with a vibrant start when celebrating a January birthday, or gift a garnet as a special gift during another season. Ranging in style and shape, garnets offer plenty of options for that special someone.

The January birthstone offers a very stylish, yet minimalistic, approach to any outfit and is best when paired with white or yellow gold. Rose gold, while beautiful, can deter from the garnet’s red color.

If you’re considering a garnet for an engagement ring, you may want to reconsider because of how soft this gemstone is. It could easily become chipped, broken or damaged if not taken care of.

Consider this pair of garnet stud earrings or these sophisticated halo earrings instead.

If you’re looking for a different earring style, choose these unique flowery drop earrings or this set of hoops.

To surprise your loved one with a stunning red ring, decide between a simple solitaire, a halo setting or this bezel oval-shape design.

When it comes to necklaces, you have plenty of options:

Enjoy the process of choosing your special garnet piece: it will likely be passed down for generations. 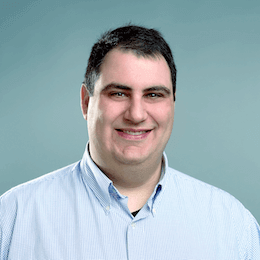 Michael Fried
Mike learned the diamond business from the ground-up at Leo Schachter Diamonds - one of the world's top diamond manufacturers. He has been recognized as a diamond industry expert by Time, People, Money, The Daily Mirror, NerdWallet, The Times Herald, Yahoo Finance Australia, The Art of Charm, The Washington Diplomat, The Next Web, and more.
Top Recommended Vendors
Blue Nile

Blue Nile is the largest and most well known internet jewelry seller. They have a very large exclusive online inventory. Their high quality images are catching up to James Allens' and their prices are amazing. Blue Nile is currently running a limited time sale offering 15% on settings site-wide. Click here to browse some great settings.
Click to Visit
What we love about them:

James Allen is the leader in online diamond sales. Their imaging technology is the same as inspecting a diamond with a jeweler's loupe. They have the largest exclusive loose diamond inventory online and fantastic prices. They also have the nicest collection of lab created diamonds online.
Click to Visit
What we love about them:

Please enter your email address to receive your personal code: